Plan G and Plan N are part of twelve Medicare Supplement plans ( Medigap plans) on the market and one of the three most extensive plans and most purchased plans by Medicare beneficiaries. This is not a surprise, because in comparison to other supplement plans they provide the most coverage.

Besides that, with those plans, you can cover costs left by the Original Medicare at an acceptable cost.  Each plan is standardized through letters A to N, and every one of them has little or significant differences. So, before purchasing you should know the key differences between Plan G and Plan N.

When it comes to deciding which plan is best for you, first thing is to understand the main differences and similarities between those two plans.

The main similarities between Plan G and Plan N are:

However, plan G still provides a little bit more coverage. With this plan, Part B coinsurance and copays are 100% covered, as well as Part B excess charges.

On the other hand, Plan N covers 100% of part B coinsurance but with this plan, you’ll need to pay 20$ for doctor’s visits and 50$ for hospital visits. Also, it doesn’t cover Part B excess charges.

With plan G, the only out-of-the-pocket cost you will have to pay is the Part B deductible which is 223$ in 2022. After you met the deductible all costs are covered for you for the rest of the year.

However, the monthly premium for this plan is higher in comparison to Plan N, and the average cost for it would be between  150$ and 220$ a month.

The average monthly premium for Plan N is 100$ to 200$ a month which is approximately about 30$ lower than with plan G.  However, copays that you are obligated to pay for doctor and hospital visits with plan N keep the premiums lower. As already mentioned, you’ll need to pay 20$ for doctor visits and 50$ for hospital visits. Also, you will be responsible for Part B excess charges which are not covered.

However, Part B excess charges are not that common because most doctors accept Medicare assignments which means that they’re accepting Medicare’s terms and billing rates so they charge you according to that.

Furthermore, if you go to a doctor which doesn’t accept Medicare’s terms and conditions (which is a very rare situation) they may charge you 15% more than the amount approved by Medicare for a certain service.

Plan G vs. Plan N- which is the better choice?

Sometimes is hard to answer this question because choosing the best supplemental plans depends on several factors and is based on the individual healthcare needs. So, let’s break it down with a couple of examples.

Situation 1: John is a healthy 65-year-old man previously enrolled in Original Medicare and he wants to purchase Medicare Supplement Plan to get more covered. He doesn’t go to the doctor’s office and hospitals much often and doesn’t take any medications. For him, it would be better to choose plan N because even though he must pay for copays, let’s say once a year if he requires hospital or doctor visits, he would still have fewer costs than with plan G’s monthly premium.

However, it is always best to think in the long run because even though John doesn’t need that much of a doctor’s care now, he’ll need it in the future. Still, he will be able to change plans in the future but to do that it is necessary to answer medical questions, which means that you may not be approved based on its findings.

Situation 2: Mary is a 70-year-old woman who considers choosing Medicare Supplemental Plan to cover the costs left by  Original Medicare. Mary isn’t healthy, she has to lose some weight and has several medical conditions which are why she takes medications and goes to the doctor’s office very frequently. In her case, purchasing plan G is the better option because it provides more coverage. Her’s doctor and hospital visits are covered and she only needs to worry about the Part B deductible and monthly premium, which are higher. But, in the long run, it will cost her less because copays and excess charges are covered.

In general, it is best to choose a plan that fits your healthcare needs and your budget and also think about what might happen in the future. However, the costs of plans also depend on several factors like age, gender, living area, tobacco usage, etc. So, you’ll consider those factors that may affect your budget as well.

What if I want to switch from one plan to another?

As already said, it is possible to switch from one Medicare Supplement plan to another. If you enrolled during the Intial Medigap Enrollment period then you didn’t need to answer any questions considering your health for your application to be accepted. In this case, you can switch plans at any time but, you will need to answer underwriting health questions before becoming eligible for a change of plans, which is often misunderstood.

To avoid any confusion, this means that providers can deny your application based on some pre-existing health conditions which isn’t the case with the Initial Medigap Enrollment period.

So, the best thing is to think of the future before you are choosing plans during the initial enrollment period.

How to choose between plans?

This decision might be hard for every Medicare beneficiary. That is why you are not alone. If you still aren’t sure which plan is the best option that fits your needs our experienced Medicare brokers in the Better Place Insurance Group are here to ease your mind.

Call us or text us today and we will provide you with all the information you may need and help you to choose the best Medigap plan according to your health needs and budget! 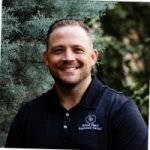